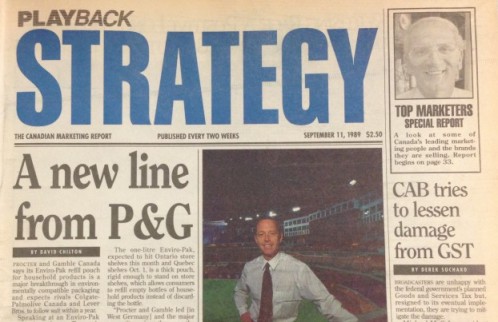 Ross Rodgers, Partner & Managing Innovator at RadonicRodgers Strategy+, developed the STRATEGY Magazine original brand back in the 80’s! Did you know Ross’ work also won an award for the best-designed newspaper in the world, in its circulation class, for his work on the Kingston Whig Standard? Other publications such as the National Post GOLF, TIME magazine, St. John’s Telegram in Newfoundland, the Barrie Examiner, the Hamilton Spectator, along with many other Southam Media Group newspapers across the country were recipients of Ross’ publication stylings. Ross’ also created commercially-released typographic fonts also appearing in many publications and newspapers across the country. RadonicRodgers brings a wealth of editorial knowledge to digital media, content marketing and branding.